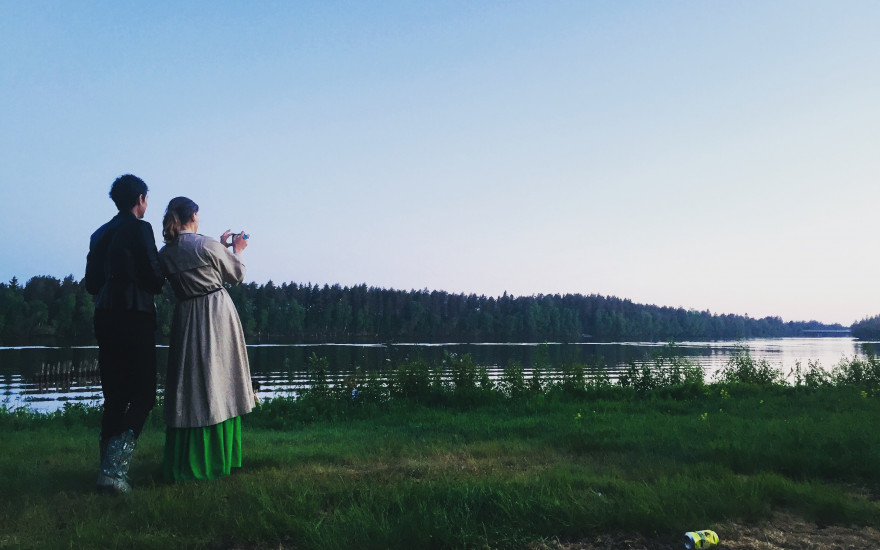 Environmental migration is interlaced and growing with our current climate change, projected to be 1,3 billions individuals relocating within 2100. This is the largest challenge of humanity history: it is embeding and interconnecting cultural, infrastructure, logistic, ethical, economical factors. Our world, countries, regions, cities, communities, neighborhoods, houses will be redefined to tackle this complex motion. We explore ideal territories, communities, villages since 2010 as collective with speculative scenarios and practice and artistic based research. This chapter is dedicated to one of the scale of this ideal to be (re)define: our house. A permanent monitoring of previous and current ideal and utopia will be shared hereby as context for a critical reflexion and to explore the ideal paths to spatial common good.

Cover photo: Flying city and beyond by Georgii Krutikov (1928)

The K67 design was introduced in 1966 by the Slovenian architect and designer Saša J. Mächtig. Its system is based on polyfibre reinforced modules, which could be used as single units or combined to large agglomerations. The K67 could support a wide range of diverse functions, such as an information stand or a small dwelling unit.

Other similar projects in design during the same period also experimented with mobile and modular units. Some of theme, such as the Futuro House (1968) by Matti Suuronen are milestones in design and architecture, never the less, they were never produced in big quantities. The cubicle and modular K67 kiosks also reflect structuralist tendencies in architecture, such as Aldo van Eyck´s Orphanage in Amsterdam (1958-1960) or Herman Hertzbergers Centraal Beheer in Apeldoorn (1968-1972). The metablist Kisho Kurokawa comes close to Mächtig´s ideas with his Nakagin Capsule Tower in Tokyio (1970-1972) compromising of prefabricated dwelling cubes.

After patenting it in 1967, K67 was prepared for its serial production in 1968 with the first exhibition of prototypes in the provincial town Ljutomer (Slovenia). In April 1970 K67 was published in an English design magazine with the article “Low life from the streets”. As a consequence, the Museum of Modern Art in New York included it into its collection of 20th century design. In the early nineties Imgrad Ljutomer stopped producing K67 due to radical changes in the Slovenian economical system.

While the distribution of certain street furniture is mostly limited to a local or regional scale, the K67 was widely exported abroad. Using clever marketing strategies the K67 was sold in large quantities not only to the countries of Ex-Yugoslavia, but also to the COMECON countries and other continents (eg. Japan and New Zealand). Due to the fact that the K67 principle is copied several times by other companies (eg. by Treska, Macedonia), K67 came to embody the Eastern European kiosk culture.

The successful spread of a specific design was also positively influenced be the system of the united socialistic planned economies of the Eastern Block. Between 1949 and 1990 Europe lived in an ideological and political division into east and west. In the Yugoslavian Republic and the COMECON nations a single, standard product was generally produced for a bigger unity (like a country), such as the allied socialist countries. In that sense a planned economy unlike the free market economy was able to promote a specific design. As a unified functional object K67 fits perfectly a system where a single solution could serve multiple and diverse needs.

Therefore the K67 principle – both the original design and its clones – is a significant object in the urban space of the former planned economies of the Eastern Europe. It inhabits the cities as newspaper kiosks, parking-attendant booths, copyshops, market stands, shelter booths, chip stalls, student cafes or lottery stands, easily visible and accessible, in different colours and combinations. The unified functional design of the units enables them to fit almost any location and its context as well as numerous, diverse functions.